Leave your details below and we'll get in touch! Alternatively you can also make a written enquiry via our Contact form.

SMSFs have been targeted by various property and investment scams this year, with hundreds of thousands of dollars already lost, warns the Australian Competition and Consumer Commission (ACCC). 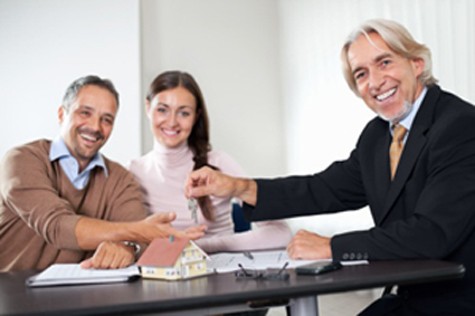 This week the Australian Competition and Consumer Commission (ACCC) released statistics indicating that $26 million had been reported lost to investment scams in 2018 so far. This accounts for 84 per cent of the total losses recorded in the same period for 2017.

Speaking to SMSF Adviser, ACCC Deputy Chair Delia Rickard confirmed that at least 15 of the reports made to the ACCC in 2018 have involved SMSFs. However, she said SMSFs likely represent a far greater percentage of the total 1796 reports made, given the reporting form does not ask information about whether losses relate to an SMSF.

“We were given 15 reports that did reference SMSFs and from those 15 reports, ten of them involved losses of $810,000. However, I suspect that an awful lot of the total investment scams [reported] involved SMSFs,” said Ms Rickard.

The 15 reports that made reference to SMSFs involved scams related to property and shares, she said.

Ms Rickard said scams have been on the rise this year with the amount of money lost on an average month-on-month basis increasing 117 per cent compared to last year.

“These scams are very sophisticated and the scammers are very convincing. People aged 45–64 are most at risk and make up more than half the reports sent to Scamwatch.”

“For example, scammers will cold call victims claiming to be a stock broker or investment portfolio manager and offer a hot tip or inside information on a stock or asset that is supposedly about to go up significantly in value. They will claim what they are offering is low-risk and will provide quick and high returns,” she said.

“Scammers will spend significant time and effort grooming their victims to invest. They will use the right technical language and also offer professional looking websites and documents to convince victims they are legitimate.”

Cryptocurrency trading is one area where scams have grown significantly in the past 12 months, she said, and is now the second most common type of investment scam offer pushed on victims.

“The rise in popularity in cryptocurrency trading has not been missed by scammers who are latching onto this new trend to con people,” she said.

Binary options trading is another area where scams are prevalent, she said.

“This involves scammers pretending they can predict the movements of a commodity, asset or index prices over a short time. They direct you to a website with a login, account details and a trading platform,” she explained.

“They appear to put your money into the account and demonstrate a number of successful trades to encourage you to invest greater sums. Then your money begins to disappear and so too does the scammer.”

Ms Rickard said SMSF accountants and advisers can help SMSF investors to avoid scams by reminding clients to ignore calls and emails they receive out of the blue that promote new investment opportunities.

“Any claims like 'risk-free investment', ‘low risk, high return’, 'be a millionaire in three years', or 'get-rich quick' are also easy tells that you’re dealing with a scammer,” she said.

Do you have a question about something you've read in this article? Need more information? Want to book an appointment? Simply let us know below and we'll get back to you ASAP.